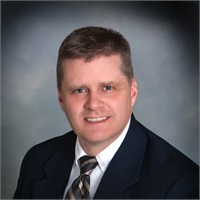 Dwain has been a Financial Advisor for over 10 years and earned Education and Bible degrees in 1994 from Piedmont International University in Winston-Salem, NC. He started Deep River Capital Advisors in 2016 and merged his practice with Midtown Financial Advisors in December, 2019. He holds the credential of Certified Kingdom Advisor® and enjoys co-leading the monthly Kingdom Advisors Study group alongside other local investment professionals.

Dwain has over 20 years of experience in Christian retail and other business startups. He lead the adoption agency licensing process and served as State Director for Lifeline Children's Services here in North Carolina from 2013-2014. He is involved with several non-profits and has served as a board member and President of ABBA Fund since 2006.

Dwain lives in Bennett, NC with his wife Heidi and their 3 children - Anna, Sarah, and Jonathan.